Saviour or traitor to the Fatherland? Tsipras, Europe and Greece after the political elections 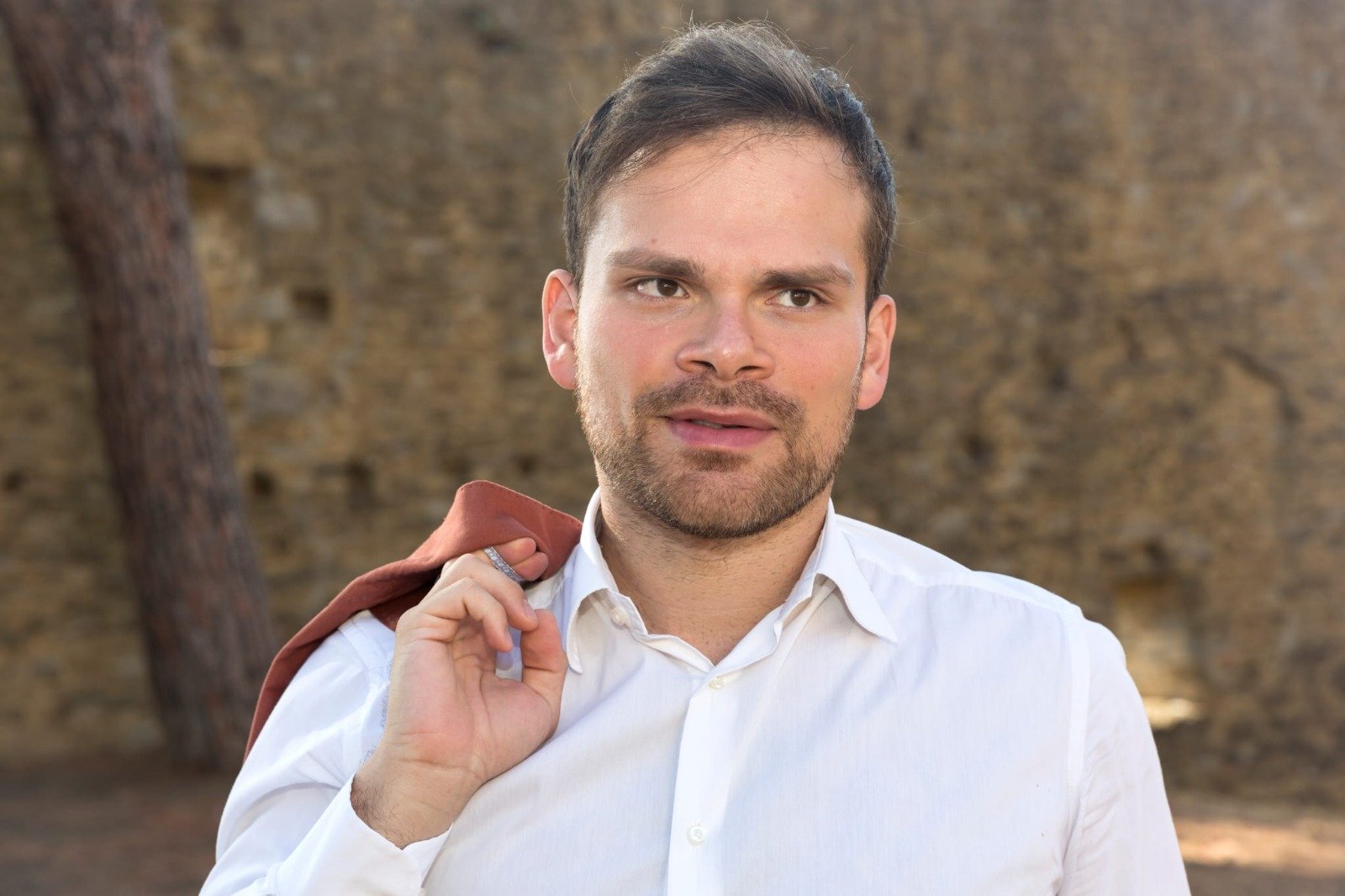 Zante. It is the first thing I remember of Greece, the island that in my imagination has always represented the most beautiful poetry of Italian literature, A Zakynthos, by Ugo Foscolo. The second, going a fragment ahead with the memory, are the endless expanses of olive groves that open from our bus. It’s the summer of 2009, I’m not even 18, and the first trip to the other Adriatic coast will be the first of a long series to discover the many fascinating places that Europe can offer. The guide, in his fifties, as well as a subtle indifference towards the Turks, introduces us to what is the temple of Greek civilization, where the first games, which later became the Olympics, were born. We are in Katakolon, a city in western Greece where a civilization is born, grows, and leaves many of its props in what is today’s society. Hellenia, Mediterranean culture, Europe. It is really a paradox that the same Olympic games of 2004, whose management – to use a euphemism – was not too clear [1] , were the spark that caused the economic crisis to explode, to then bear its bloodiest decade over a decade later.

Greece voted during this summer, and the political scenario was completely reversed compared to five years ago. The popular formation of Nea Dimokratia won the elections, reaching the threshold of absolute majority in Parliament, and relegating Syriza to the opposition after four years of government made of roller coasters and frontal clashes with the European Union.

There are many ideas that the Greek case can offer. After a summary of Greece’s relationship with the European Union in recent years, I will focus on two; the figure of Alexis Tsipras and his excellent political abilities, and how the Greek political system is structured following the political vicissitudes of the last decade.

Greece has experienced an era apart in recent years, constantly in the eye of the storm, with the default risk that has crossed it until it is on the verge of no return. But the problems of the Greek crisis have more distant roots, which sink in past decades. They have existed since the entry of Greece into the then European Community, born for political reasons, and it is paradoxical that its crisis was born exclusively for economic reasons [2] . After altering its accounts to enter the European Community in 1981 [3] , and still to be able to organize the 2004 Olympics, Greece has always had an uneasy relationship with the Union, exacerbated by the crisis of recent years.

In January 2015 Alexis Tsipras leads Syriza, an anti-capitalist leftist party, to a resounding success, touching the absolute majority of seats in Parliament (149 out of 300), and forming a Government with the Greek nationalists of ANEL highlighted its strategical capabilities. The scenario that Alexis faces is dramatic; the country is strangled by public debt, and is faced with its responsibilities by the austerity policies of the European Union. In this struggle between austerity and debt sustainability, Tsipras decides to hold a Referendum in which he asks whether to accept the agreement with Troijka, which provides for a debt recovery plan after implementing austerity policies. The Referendum was rejected in 2015 with over 60% of the votes. But the Union does not accept discounts, and threatens to kick Greece out of the eurozone if the pact is not accepted. Tsipras resigns, he goes to early elections, which once again reward Syriza who, again with the figure of Tsipras, will again form a government with ANEL. There is no way out. Tsipras finally decides to accept the austerity policies promoted by Brussels, disavowing a clear popular will. In the eyes of many it is an unprecedented reverse, a betrayal of the demos difficult to digest. And at this point I stop. Tsipras’ parable would open the doors to a debate as long as it is difficult to discern a univocal perspective; there are those who label him as a traitor to the homeland, as he who could have opened them leads them to a different type of leftist, rejecting the diktat of the Union and leading an alternative, and did not do so. As many, they welcome him as a wise, reasoned figure: one who, having experienced the complexity of a state and its objective responsibilities towards itself and towards the outside, has revised its positions in the most useful way to its country, to put him back on track, to give him sustainability, and to avoid a default that, among other things, Greece has definitely passed only a few months ago [4] .

Whose responsibility was this crisis? Was it possible to manage it better? The austerity of the Union in wanting to submit Athens to its economic choices, or the negligence with which local politicians (who preceded Tsipras by a few decades) have faced expenses and tampered with public accounts, weighing everything on their citizens’ shoulders? Despite the attitude of Brussels towards Athens (although on the ways and attitudes there would be a lot to talk about) it was a strict but necessary plan to save the Hellenia from bankruptcy, but it also provided a formidable propaganda tool for all those Eurosceptic parties who oppose the Union and its policies. The image of a Union serving banks that puts at risk the lives of the European peoples in order to serve the interests of the power groups has now entered the collective imagination of all forces hostile to the Union, and to remove this label will not be simple at all.

You can choose the angle you want to observe the figure of Tsipras, of his widely disavowed values, and of his way of acting, pragmatic up to the unbelievable. The only thing that cannot be changed are the numbers: if so many observers foresaw a collapse of Syriza for these elections [5] , this was not the case. Despite highly unpopular moves, Tsipras remained standing, testifying to his exceptional political qualities. Syriza has lost so in the center, with moderate voters who have decided to move towards a political formation that gives them confidence and stability on the markets, but not on the left, where the PSOK remains distant the enormity of 20 percentage points. All this leads us to affirm that Syriza contained the defeat very well for 3 reasons: 1) it has recovered a million votes compared to the European Elections, and in general its result has gone well beyond the forecasts of all the research centers 2) It maintains the monopoly of the left electorate 3) It is proposed, if needed, as a possible government partner, given that the many souls that make up Nea demokratia leave more than a doubt about the stability of a single-color executive.

Looking at the global, Syriza’s result pushes us to two other considerations. The first concerns the future of social democracy. What Syriza, the extreme left party, has given to PASOK, a party linked to the social democracy of the new millennium, is a historical lesson; they fell to around 10% of the vote and thus took the monopoly of the electorate of this area. From this overtaking “to the left” what derives from it? Can the electoral strategy of “extremization” of the left speech be replicated elsewhere with the same electoral results, or is Syriza’s unique situation facilitated by more circumstances? How much did Tsipras’ charisma and economic crisis affect his success? If we look elsewhere the only case where the left has outclassed social democracies and where it continues to have the pulse of that electorate is France with Mélechon (also a leader of extraordinary qualities). Elsewhere the Socialist Party, after a phase of decline, maintains the monopoly of the left world, as in Spain and Portugal. So does the strength of Syriza derive from the ability of the leader, from its contents or rather from the external context? A good question, to which only other empirical evidence will be able to provide more accurate answers.

On the other hand, the ideological barricades against extremist parties are more alarmingly confirmed, dictated more by a disproportionate fear of dissenting voices, than by the real consistency of phenomena destined for political marginality. The case of Golden Dawn, on which the media of half of Europe have focused, is the classic example. As the Greek elections have shown, the right-wing electorate prefers to merge votes on a more credible government alternative on all fronts, alias Nea Dimokratia, rather than on those who promote policy that is absolutely unworkable in today’s society. It is no coincidence that Golden Dawn has halved its votes compared to 2015, in favor of an ideologically moderate party that is actually more suited to dialogue with Europe and the markets. From the two points just taken, we derive a strong structuring of the Greek political system in a bipolar sense; a well-structured left-and-right alternative, which steals votes in the center, ready to capitalize on the mistakes of others, supported by other small parties that remain to watch, but which can always play a potential for government or blackmail [6] , like demonstrates Syriza’s alliance with ANEL in the past legislature, and how it could happen again.

What will be the future of Greece, the cradle of European civilization, is a puzzle that is difficult to solve. Difficult because the trust that the Greeks put in the Union is almost nothing, and given the disastrous turnout for the latest policies where one person out of two voted, it demonstrates precisely this dissatisfaction of the electorate 7] . Certainly, the clash with the Union has left bloody wounds at all levels, which only a generation of responsible politicians, we hope, will be able to heal.

[2] On how Geece entered in the European Community, please have a look at Limes, Tsipras, l’Europeista immaginario, Tra Euro e Neuro, n°7 – 2015.

[5] The Guardian, Syriza betrayed its principles – and the Greek people. Its days are numbered, July the 5th 2019.

[6] According to Sartori’s definition, highlighting the importance of small parties on the decisions made by a given government. .

Inflation has not been a concern for quite a while. Still, 2021 has been the year of economic recovery after the pandemic. Is it coming back? END_OF_DOCUMENT_TOKEN_TO_BE_REPLACED

The Homeland of Itzurza is a novel exploring the journey of four women stuck between the past and the future in post-Franco Spain. END_OF_DOCUMENT_TOKEN_TO_BE_REPLACED