An interview with Herd Habibi 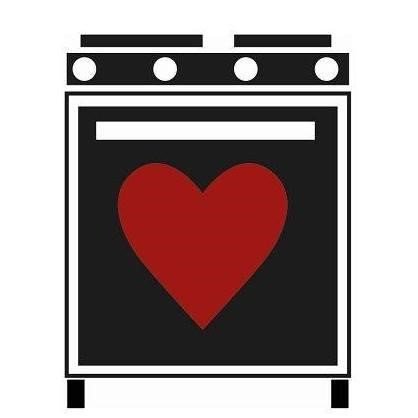 View all posts by Emilia Mikautsch

Their motto: “Friends are made at the cooker.”
Since my heart is easy to be won by new friends and good meals, I wanted to know more about the project. Anika told me in this little interview about who and what hides behind Herd Habibi [1].

„Well Anika, my first question: What is Herd♥Habibi?“
“We are a relatively new cooking-blog in German and Arabic. I work 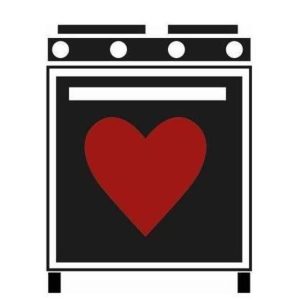 on it together with my friends Majd and Katja. Cooking has always been connecting us and we decided to share our recipes. You get to know each other quite easily in the kitchen. Herd Habibi is like a language bridge between Germans and Arabs. Both sides can read the recipes and cook the meals equally, without any translation app. Our recipes are uncomplicated and a cross-section of what Germans eat here and the ingredients aren’t that difficult to find.”

“Would you like to present me your team?”
“Katja is our expert concerning social media, she loves to buy new cookbooks and to try out new recipes. Majd is responsible for the Arabic translations. After two years in Germany, his German has improved so much, he finds our typing mistakes. He is from Syria – and he ate his first “Spätzle” [2] with us and he really liked it. And I still study literature, art and media and I wanted to realize an idea from the beginning to the
end. As we all were in the mood for this project, we made a reservation for the domain www.herdhabibi.de – although we are all busy enough with our jobs and studies. Therefore, we meet regularly with a delicious occasion.”

“Since when does your blog exist?”
“Since mid-June, but the idea has already existed before, maybe half a year ago at a party. It should be a cooking-blog. There already exist thousands of them, so we were looking for a gap and we realized that we have always been Herd Habibis [3].”

“Your aim is, like you’ve already mentioned before, to share international recipes?”
“It’s rather sharing them internationally. We created this blog for Germans but also for all Arabic-speaking people in Germany. Maybe also for people from the Arab world who would like to try out our kitchen. We always use simple products which you can find in every supermarket and we try to translate it as well as possible. Sometimes it’s very difficult. We often have to ask friends of Majd how to translate several ingredients or whether there is anything similar used in the Arab kitchen.”

“Do you only prepare typical German meals?”
“No, actually we tried everything, from Italian to Asian dishes. We create simple meals, that you can make in every flat-sharing community. I think every German is cooking international dishes. We would like to invite some guest chefs. Many of our German friends ask us when we are we going to publish our first Arabic dish.”

“Do you limit your target group to a specific age?”
“No, we share our recipes for everybody.”

“Especially for students who could really try a variety of meals?”
“Yes, of course also for students. And the good thing about it is that we offer many and different recipes. So, if somebody has no clue what to cook, you can profit from our diversity of recipes.”

“How many times do you meet and cook together?”
“Our aim is to meet once a week, at least twice a month. Sometimes, we meet just to go swimming and let the stove switched off. Our blog is a hobby, no compulsion.”

“Where do you cook?”
“We cook at Katja’s home. She has the biggest and most beautiful kitchen, and a dishwasher.”

“How much time do you need after having cooked until everything is ready to be online? Concerning
your photos and texts.”
“That costs a lot of time. You easily underestimate the time behind the whole project. Furthermore, we have a page on Facebook and a presence on Instagram. Meanwhile, we are much faster. We start around 6 p.m. and have finished at 23 p.m. Sometimes we want to add gifs or videos. We have to translate it, where Majd is the busiest of us because a one-to-one translation is not possible. We have to discuss words where he says:
‘You can’t translate it in this way.’ And then we respond: ‘Well, then try to find another word.’ Only for noodles for example, in Italian you have so many sorts of noodles and in Arabic it’s difficult to find the right description. It really cost much more time than expected.”

“Do you think of translating the recipes in other languages or do you stay with German and Arabic?”
“We stay with German and Arabic because of the amount of work. We also have problems with the formatting – left- / right-justified – because Arabic is read and written in a different way. It is a blog with international recipes in German and Arabic. We don’t limit our recipes to German and Arabic. We cook everything but we just publish it in two languages. There are also typical German recipes for those who slowly want to try out non-Arabic meals. It works pretty good. Every cooking-evening, we invite friends who sometimes try meals like “Toast Hawaii” [4]. At the end, they all say it’s tasty.” All in all, I have to say after this interview: I noticed that, living in a single-person household, I’m not really in
the mood for cooking something extraordinary. I persuade myself into thinking that it would be too much time exposure. But the team of Herd Habibi put me right. Their recipes are easy to prepare and they offer a way out of the never-ending routine of my five meals that I know to create. There are also manageable versions which you can try out with friends. And why do I publish this interview on Jeune Europe? I think, both platforms have one huge similarity: the internationality. While we, from Jeune Europe, write articles for
example about politics, culture, literature and history and translate them in many different languages, Herd Habibi takes this concept to another, culinary, level.

[1] Herd (German for stove/cooker); Habibi (Arabic for friend)
[2] Spätzle (literally “little sparrows”, is a German kind of soft egg noodle, famous and well-known in Swabia, a region in the south of Germany)
[3] “Herd Habibis” can be translated with “cooking-friends”
[4] open-faced grilled cheese sandwich with ham and pineapple

A dead-end road for Catalonia
Nuggets of Public Finance