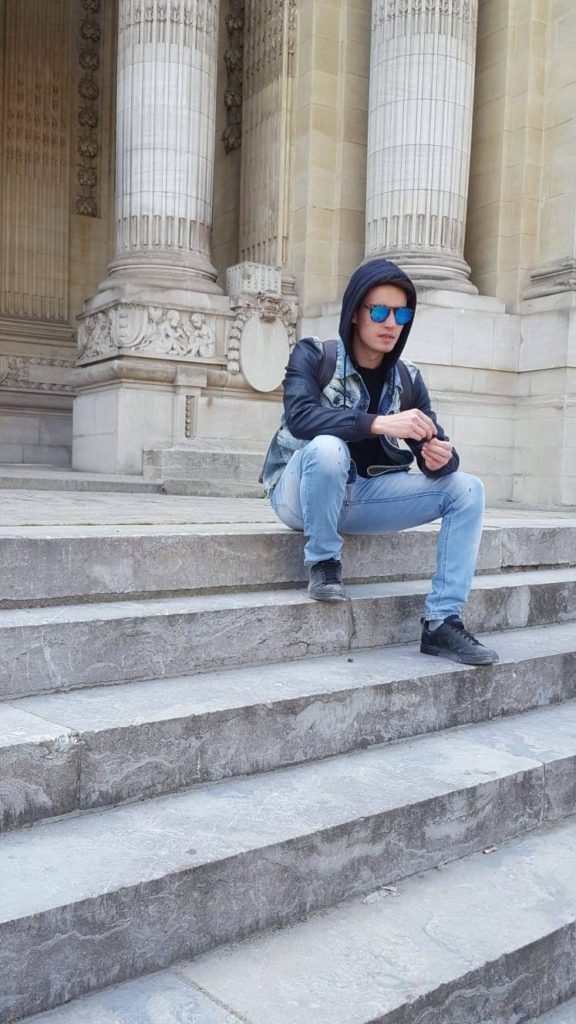 It is common belief considering Italian and French as “the same” and that an Italian speaker will not have any problem learning French and vice versa. Nothing could be further from the truth! Of course, we Italians have an edge compared to a Chinese or Arabic speaker, since both are Romance languages and multiple similarities can be found. For instance, several syntactic constructions, idioms, and other linguistic elements make no sense to a speaker whose mother-tongue is not a romance language, but which are normal for an Italian, Spanish or Portuguese native speaker.

However, in order to become fluent, an Italian too needs to study, practice and…make mistakes. French is the fifth language I have studied, and I now know that the only way to learn a language is by making mistakes and trying to speak or write as soon as there is a possibility to have any sort of contact with a native speaker. And that is exactly what I am also doing with French. Moreover, since I am currently living in France, I have the need and desire of communicating effectively with natives: I do not like feeling trapped inside a bubble!

By the way, the “road towards bilingualism” is an uphill climb, because, as for any other language, French also poses difficulties. In particular, by means of the influence coming from our mother-tongue, the areas which an Italian native speaker may find (to be read: which I have found!) trickier when learning French are:

– constructing the interrogative sentence using “est-ce que” or inverting subject and verb; in Italian, there is basically just a change in the intonation of the sentence, without adding or modifying syntactic material. However, this aspect is not particularly difficult, and a bit of practice is enough to master it.

– the negative sentence; in French, in order to do the negative sentence, another more element must be used, compared to Italian: “pas” (Io non mangio vs. Je ne mange pas [I don’t eat]). Historically, French was the same as Italian, under this aspect: “ne” was enough to construct a well-formed negative sentence. Afterwards, the post-verbal particle “pas” was added (originally, there were some semantic connections with “je ne marche pas” [I don’t walk -a step-], where “pas” literally meant “step”). Nowadays, in conversational French, it is even possible to drop “ne” (this linguistic phenomenon regarding the evolution of the negative sentence is called “Jespersen’s Cycle”). So, you better be careful with doing the negation properly, otherwise, if you forget using “pas” and just use “ne”, you could give the impression of speaking Old French!

– although verbal tenses and moods are the same in both French and Italian, their morphology is clearly different. Usage of more complex verbal tenses, such as subjunctive or conditional, is problematic, and good linguistic skills (especially orally) are needed to properly use them. 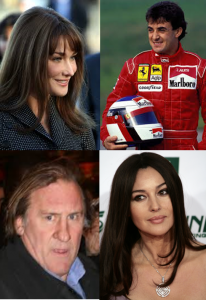 Also, are all French speakers exceptional at maths!? For what strange reason do they start counting in a bizarre way after 69? Was it not okay anymore to count normally? 8 months ago, when I started studying French, I had to dust off my high school maths handbook!

Jokes aside, if one really desires to become fluent in French (Italians included!), mastering the aforementioned rules is a must. Of course, this is not a quick process, it takes times, but we Italians can learn this language faster than those speakers whose mother-tongue is different from ours.

Moreover, generally speaking (and this is not limited to French only), not only do linguistic difficulties take part in affecting learning, but also other factors, both internal and external, are involved, such as: willingness, stimuli, motivation, perseverance, personality, attitude, place and way of learning. Clearly, everyone has their own learning rate, but if they are sufficiently motivated, and willing and perseverant to constantly obtain positive results, the language will be learnt faster.

The student can feel motivated by various factors, among which we can find, love for the community or the language, will to feel integrated in the place where one lives, personal satisfaction, or simply they want a good grade for the next exam or a promotion. In any case, the language will be studied with more passion and better results will be achieved in a shorter time.

Nevertheless, equivalently, place and way of learning are also very important factors to consider: if the language is learnt onsite (vs. from abroad) and with a teacher (vs. self-taught), learning will proceed at higher speed, since a person can let you notice mistakes on the spot, and possibilities of practicing are more frequent. Under this aspect, personality plays a fundamental role: if the student is more extroverted and does not care of making mistakes in front of the others, they will obtain better results, since, only practice makes perfect!

Inflation has not been a concern for quite a while. Still, 2021 has been the year of economic recovery after the pandemic. Is it coming back? END_OF_DOCUMENT_TOKEN_TO_BE_REPLACED

The Homeland of Itzurza is a novel exploring the journey of four women stuck between the past and the future in post-Franco Spain. END_OF_DOCUMENT_TOKEN_TO_BE_REPLACED