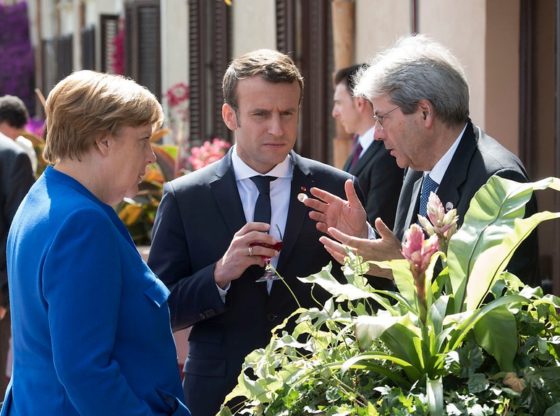 View all posts by Michele Corio

The covid-19 pandemic hit Europe violently. The new coronavirus, which infected the first human in the Chinese region of Hubei, is changing our lives, subverting the political and economic framework. In the initial phase, the response of the European countries was scarcely coordinated and, often, late. The impact of the virus has been particularly severe in the economically most developed regions: Lombardy, Emilia-Romagna and Veneto in Italy; the Community of Madrid and Catalonia in Spain; the region of Paris, Ile de France; Bavaria, North Rhine Westphalia and Baden Württemberg in Germany; the Stockholm’s county in Sweden; Flanders in Belgium. Inevitably, the deep integration among the economies of the various EU countries was also an efficient vehicle of transmission for the virus. In absence of a joint strategy for the reopening, at European level, the risk of new spreading of the infections through these paths will be even higher in the next weeks.

The most affected countries, Italy and Spain, have adopted very strict measures. They allowed to continue to carry out the production only to the companies producing essential goods and services or involved in strategic activities for the management of the crisis. On the other hand, the majority of EU countries chose a softer lockdown, closing commercial business in contact with the public, leaving most of the production companies open[1]. However, these restrictions, necessary to reduce the sanitary emergency, risk to undermine the European economy. The dimension of the crisis will diverge country by country. Indeed, the strictness of the measures, the direct and indirect damages of the epidemic and the financial capacity of each country to support its economy will make the difference. A precise and punctual intervention from the State is needed, providing the required liquidity to make it through the crisis.

The necessity to finance the spending with debt and its critical issues.

The main sources of financing for a State are taxation and the issuance of bonds on the markets. In the midst of a pandemic, a short-term increase in taxation is not a sustainable tool. The objective is to safeguard firms and to keep the productive and economic system alive. Instead, it is inevitable to increase the public debt to reduce the impact that an announced economic recession will have on every citizen’s life. As they demand loans on the markets to finance their spending, the States issue debt securities. Like any other loan, also government bonds embed the market risk – a reduction in the market value of the bond may cause losses to the holder – and, in extreme cases, the risk that the capital lent will not be completely reimbursed.
Generally, the more investors – banks, financial institutions, pension funds and households – will find it likely that the loan will not pay off, the more they will demand a high yield for the risk they are bearing. At the same time, the cost of the debt for the State will increase as the risk perception of the investors increases. Political and economic events together with the amount of debt outstanding affect the finances of the States. Moreover, they influence also the investors’ expectations and bond yields. A typical unit to measure the risk on public debt is the spread between a safe asset – usually in EU the reference is the German bund – and another government bond. Besides, to evaluate the dimension of a public debt it is common to use the Debt/GDP ratio (this topic was also discussed here).

The current situation of Public debt in the main EU countries

It seems clear that the European States are not all in the same condition. Spain and Italy currently are facing the hardest consequences from the pandemic, but they are also the States with the highest debt. In the last years Italian GDP grew slowly[2], and its debt reached 134% of GDP in 2018[3]. Similarly, Spain had a Debt/GDP ratio equal to 97.6%[4] in the same year. However, recently Spanish GDP had a consistent growth, 2% in 2019 and an average growth of 2.8% per year since 2015[5]. Nonetheless, before the financial crisis in 2007 Spain had a debt/GDP ratio equal to 35%[6]. The huge increase in debt due to the crisis forced the Spanish government to reduce the public spending and to enforce several additional reforms to increase its competitiveness and maintain the possibility to raise funds issuing debt on the markets.

Therefore, Spain and Italy are caught in the crossfire. On one side they are facing an unprecedented sanitary crisis, on the other they have to spend massive amount of money for the reconstruction of their economies. In addition, they may not be able to benefit of cheap borrowing on the markets.

The debate about the EU measures against the crisis

The sanitary crisis is a global emergency. In front of covid-19, there is no virtuous country, nor vicious. It makes no sense to blame the most affected countries with moral judgements. This crisis is symmetric, differently from the financial crisis of 2008. Notwithstanding, its impact and the timing will be different country by country. Since the beginning of the emergency, there has been a hard debate in the EU. The two factions were the supporters of a joint issuance of debt as common response to the crisis – among them Italy, Spain, France – and the opponents – among them Germany and Netherlands. At least in the initial phase, the opponents, confident on their ability to face the economic crisis on their own, were available to help the other countries only under strict conditions. Their proposal involved rigid rules on the repayment of the public debt and on the duration of the loans – European Stability Mechanism (ESM) with enhanced conditions credit lines.
Meanwhile, the European institutions gave their support to the most damaged countries with the specific Pandemic Emergency Purchasing Programme (PEPP) of the European Central Bank (ECB). So far, this intervention allowed to all the countries to maintain a low yield rates on their bonds. This is especially true for Italian BTP. Additionally, EU allocated other 540 billion euro to support the economy (more info here). Unfortunately, the dimension of the crisis requires further interventions. Issuing common debt – Eurobond or European recovery bonds – to finance the economic reconstruction can be the correct solution. Eurobonds would allow to the countries in difficulty to borrowing low cost from the market, making a step further in the European integration process.

Why a joint intervention is in the interest of the whole EU?

It’s not only a matter of European solidarity. Facing a recession of Eurozone GDP estimated as 7.5% by the IMF[14], no one is stable. There are not solid countries and individualism is not a feasible option. Furthermore, the European Union is a supranational organization that has shared for many years the benefit of being an open economic area. Freedom of movement for workers, goods and capital generated an interdependence among the member States. This is also confirmed looking at the destination countries for the export of Netherlands, Spain, France, Germany and Italy in the figures below.

The export is a fundamental component of the GDP for all the countries above. Especially for Netherlands that accrued an export/GDP ratio of 82.5% in 2019. Instead, Germany had a export/GDP of 46,9%[15]. Analysing the destination of this export it is extremely evident that the biggest share is directed to other EU countries. Italy is the fifth country for the percentage of goods and services received by the Netherlands and the sixth for Germany. While, Spain is the seventh destination country by dimension of export for Netherlands and the eleventh for Germany. Moreover, Germany and Netherlands are also destination of a significant share of Italian and Spanish export[16].

The European economies are deeply connected. Now it’s time for the European leaders to find an agreement for common and strong measures against the crisis. It will take time. It may require changes in the treaties and the EU budget has to be increased with additional contribution from every single country. This is in the interest of all the member States. Otherwise, the economic crisis will follow the same paths as the epidemic. The risks are an economic depression and the rise to the power of Eurosceptic parties, which may lead to the end of the European project.

EU and the virus: what did actually happen?
Lights and shadows of the Asian Giant: Human Rights in China