IDENTITY POLITICS AS THE DEATH OF CLEAR THINKING

Home /Politics/English/IDENTITY POLITICS AS THE DEATH OF CLEAR THINKING 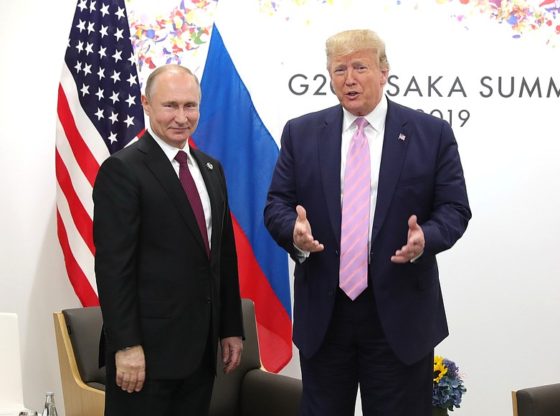 The decline of clear thinking present in politics today is manifested microcosmically in this post-Brexit article: “Despite voting overwhelmingly to quit the EU, Cornwall – a significant beneficiary of European Union funds over the past couple of decades – immediately demanded a Westminster guarantee of their European money… Surprisingly, no such confirmation has yet been issued by Theresa May”1. This came after 5 out of 6 Cornish MPs advocated a Leave vote.

This is a prime example of people, as a synthesis of their various identities, voting against their best interests in favour of one strong identity (in this case, pride in their British identity as defined in opposition to immigration). The fallibility of humans is, of course, ever present and chronic, but what has caused relatively rational people to vote in a way that is detrimental to them?

As above, people often vote counterintuitively when one identity overpowers others. Despite being low-income earners, many conservatives in the US voted for Donald Trump even as he promised to end their healthcare; this was due to the Trump campaign’s effectiveness in framing the election in a nationalistic way.

What makes it particularly puzzling is that people do not simply ‘have’ one identity; your ethnicity, your social class, your sexuality, your education and your age are all simultaneous identities. Similarly, not all members of a group are involved in identity politics.

This leaves us with a dilemma: how can the members that hold the ‘identity’ views credibly maintain these beliefs given the fact that they are not supported by others in the group? Even if they are justified, the subjectivity of these views leads us to question whether they can really be said to represent the groups’ interests. This challenges the whole idea of identity politics.

Identity politics, at its core, is the formation of political alliances by people who share a religious, social, racial etc. background. There is nothing inherently negative about this. However, since then it has diverged greatly from its original meaning. Consequently, it is one of the factors causing this lack of clarity of thought; increasingly, critical thinking is what we need to create better political conditions instead of believing blindly in the promises of politicians and movements.

The origins of identity politics are important in demonstrating the link between its current manifestation and unclear thought. Its foundation as movements that defended minority rights was legitimate and necessary, for example the African American civil rights movement in the US in 1960s. It has been successful in fighting for the rights of the oppressed for decades. However, these were relatively focused campaigns; many of the followers differed completely in their opinions on many issues outside of the movement’s goals.

Recently, however, identity politics has become a byword for dogma, for the blind adherence to a concrete set of beliefs on a variety of issues, solely due to identity. Sam Harris, American philosopher, explains this folly thusly: “… a person’s identity and life experience often aren’t relevant when talking about facts… Why should a person’s attitude toward guns be predictive of his views on climate change, or immigration, or abortion? And yet it almost certainly is in our society. That’s the sign that people are joining tribes”2.

This type of politics produces groupthink, whereby independent thought, critical analysis and opposing opinions give way to conformity to the prevailing viewpoint, driven by a desire to belong. Stances on certain issues can be both defined by your identity and can reinforce it. A pro-life stance on abortion can be encouraged by someone’s religious identity, and also strengthen their identity as they define themselves in opposition to pro-choice groups.

People don’t always fully consider the issue at hand – as we can see with the Brexit example. They can be guilty of cognitive heuristics.

Cognitive heuristics, or mental shortcuts in reasoning, have an important part to play in provoking irrationality in voters and movements, and are particularly useful for politicians to exploit [for a more in-depth reading on cognitive heuristics in politics see Psychological reasons for political irrationalism]. It is with use of this mechanism that causes people to associate immigrants with terrorism, for example, when only a small minority are involved. Sure, heuristics are fine when you are deciding what to brand of coffee to buy, but less so when you are voting on issues that affect your entire life and the lives of others. 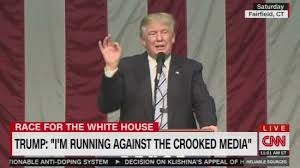 This combines with modern, era-specific factors like the increase in the potential for anyone to broadcast (increasingly false) information and its inverse relation to falling media credibility. The result is that politics is becoming increasingly divorced from many of the important issues for which it exists.

Its absence has encouraged the proliferation of fake news, alternative facts, and polarised views. The media is no longer the accurate source of news that it used to be; biases, of course, have always existed, but never so much so that false information was broadcasted on this scale.

Critical thinking has been replaced by sensational headlines. Socrates is rolling in his grave.

We, in Europe, tend to feel that we are somewhat insulated from the bipartisanship and extremes of the US political scene; however, recently we have found identity politics rear its head in a significant way. In the Cornish example, people are voting based solely on single issues, for example immigration, in what they may perceive as a duty to their British heritage and culture, at the expense of their actual interests. In other European countries, anti-EU sentiment is leading citizens to identify with populist candidates, both on the right and left, on a whole range of issues, even if they may be unrelated to the EU.

Particularly in Europe, this problem has been around for a long time; Brigid Laffan, political scientist, noted in 1996 that “Problems of identity are raised by the politicization of immigration, the fragmentation of the post-war order, regionalism, the revival of the ultra Right and the process of European integration itself”3 – all of these issues are arguably related to Brexit and populist politics today in France, the Netherlands, Austria and across Europe in general.

A clearer form of thinking is what we need now. Europe has suffered too much in its history from populism and a blind trust in leaders. Critical thought and questioning are the salvation of politics in this post-truth world. Its need is most important now as reckless promises from European nationalist politicians to withdraw into splendid isolation threaten the existence of an already precarious, if imperfect, system that is in desperate need of unity.

PSYCHOLOGICAL REASONS FOR POLITICAL IRRATIONALISM
All roads lead to Rome