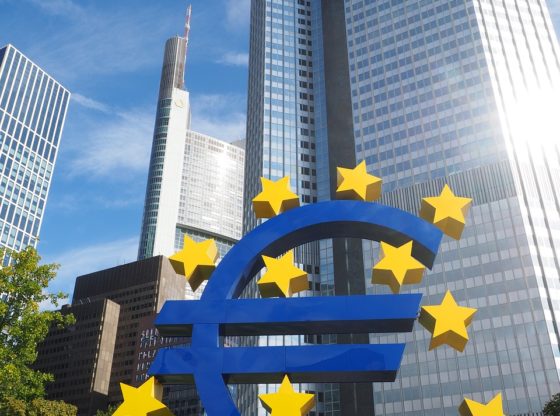 View all posts by Giovanni Sgaravatti

In Italy, the monetary union is often taken as a scapegoat for all the ills of the last twenty years. To verify the factuality of this criticism we must weigh the disadvantages of the single currency with the advantages. Furthermore, a critical effort to verify the counterfactual (i.e. what would have happened if we had not adopted the euro) is paramount.

The disadvantages reiterated by the discontented is in having lost the monetary sovereignty and in the unfavourable exchange rate. Let’s start with the first topic. What was once the role of the Bank of Italy has now passed to the European Central Bank (ECB). The advantage of being able to print money lies in the possibility of using expansive monetary policies and devaluation. With the former, the central bank aims to lower interest rates, favouring consumption and investment. While with devaluation export is favoured and the cost of labour is lowered.

For four years now, these expansionary policies have been largely carried out by the ECB, albeit indirectly through the purchase of the Italian treasury bonds, so the problem simply does not arise. A different argument is to be made about devaluation. This tool has been truly lost with the adoption of the single currency and Italy was unable to compensate for such shortcoming. With the loss of this instrument, an unjustified increase in wages (i.e. disconnected from a rise in productivity) can no longer be corrected by devaluing the currency. Similarly, the competitiveness of Italian prices can no longer be increased compared to those of countries like Germany or France simply by devaluing. This has not been understood, or at least there has never been the political courage to radically reform the labour market to boost productivity, by linking salaries to the latter.

Moreover, the inadequacy of our political class has been exacerbated by the entry into the global scenario of new commercial players such as China, the increase in the cost of raw materials and the 2008 crisis. To sum up, the real problem for Italy does not rely upon having lost the possibility of devaluing, but rather in the inadequacy of those reforms complementary to the adoption of the single currency. Finally, devaluation is an effective tool only in the short term and should not be used systematically. This is because the other side of the coin with respect to devaluation is inflation.
The devaluation is in fact obtained through the direct emission of extra currency, printing more currency than at the historical trend. With more money in circulation, it will lose value and depreciate against foreign currencies.

Another point often cited by those who would prefer monetary sovereignty is the reduction of the debt/GDP ratio through the aforementioned monetary mechanism. Here we must reason in nominal terms: by printing money the value of the GDP will increase (the new price of a country’ set of goods will be greater). Assuming zero deficit and therefore a constant debt, the debt/GDP ratio will instead decrease (the denominator grows while the numerator is kept fixed).
For this and other reasons, such policies are very tempting at first sight and they are largely implemented in many countries where central banks are de facto in the hands of politics. The problem of printing money as much as possible is inflation. In Italy, for example, the historical period in which the debt/GDP ratio fell most drastically was that of the end of World War II, where inflation reached even 345% in 1944, while the debt/GDP ratio collapsed from just over 100% to 20% in four years (1943-1947). Similarly, in the ‘70s, high inflation made it possible to contain an increase in debt which would otherwise have exploded (as it happened in the ‘80s, when the welfare state was further expanded along the path started in the ‘70s). The problem of high inflation is its nature of a recessive tax: inflation can be considered as a tax on the middle class, which does not have the possibility of moving capital abroad and whose salaries are delayed in the inflationary adjustments (just think of the general impoverishment of Argentina, or more recently of Turkey and Venezuela). So, although inflation is useful for reducing the debt/GDP ratio, its nature of recessive tax and its difficult control (once it has been triggered) make it a measure which cannot be recommended. For this and other reasons, ideal inflation is considered to be just below 2%, objective pursued by the ECB. Now let’s talk about the other recrimination made to the euro: the unfavourable exchange rate. A lot has been written on this point, perhaps too much. Given that this article also attempts to address other issues, we will limit ourselves to two considerations. The first is that the exchange rates were decided together with the other European countries on the basis of those existing between the various currencies of the time (and these were the market rates so there is very little to discuss). The second is that if prices did increase, liability should not be addressed to the exchange rate, but to the lack of vigilance carried out to avoid such unjustified price rises.

And now we come to the counterfactual. In addition to the need for price adjustments for all exporting companies to the 18 countries of the euro area (including Germany, France and Spain), we often forget that if we had not adopted the single currency we would have had to continue paying a rate of interest on the debt of around 10%. Having rates at 10% with a public debt at 130% of GDP means that every year Italy would have continued to pay at least 13% of GDP only in interest payments (130 x 0.10). After the entry into force of the euro, interest rates have fallen below 4%, which means a saving in government spending (and therefore for taxpayers) of 8 percentage points of GDP each year. In fact, in the period between 1998 and 2007, public debt fell by 10 percentage points of GDP. Nonetheless, that figure is quite low (in the same period the Belgian debt fell by 30 percentage points) due to the rather indiscriminate increases in public spending made in those years (especially by the second Berlusconi’s government). Anyhow, these savings were due to the gains in terms of the credibility of the Italian State in the eyes of investors, caused by the shift of powers from the Bank of Italy to the European Central Bank and to the greater confidence placed in the latter in being able to keep inflation under control. The confidence of financial markets is an element that is often denigrated by opinion leaders and rulers. The data reported above should be enough to make people understand how important this is for the State’s finances). Eight percentage points of GDP today correspond to about 144 billion, as a yardstick of comparison the recent measure of “basic income” costs roughly 7/8 billion. It is beyond dispute that if Italy had not entered the euro it would be much more subject to financial speculation. Finally, the euro serves as a store of value (like all strong currencies) and is accepted in the vast majority of countries in the world.

In conclusion,  the causes of the Italian slowdown and its persistent petty growth of the last decades should be better investigated in other factors. It seems short-sighted to account the euro for all the economic dysfunctions of Italy. This is especially true in the medium and long run (money is widely recognised to be neutral in long time spans). Moreover, straight commonsense suggests it to be very unlikely that Italy is the only country in the monetary union to be negatively affected by the euro. In fact, in the last twenty years, the other major economies have seen their citizens’ purchasing power rising by a fifth, or even doubling in the case of eastern countries. The causes of the Italian sluggish economy are likely to be much more rooted down in cultural, legislative and historical factors that no government has really tackled yet.

A (dis)continuity in the European Governance
The social culture and its leftovers: the Manduria’s (Italy) baby gang case