The Take Care Kids Foundation in the slums of Pattaya, Thailand 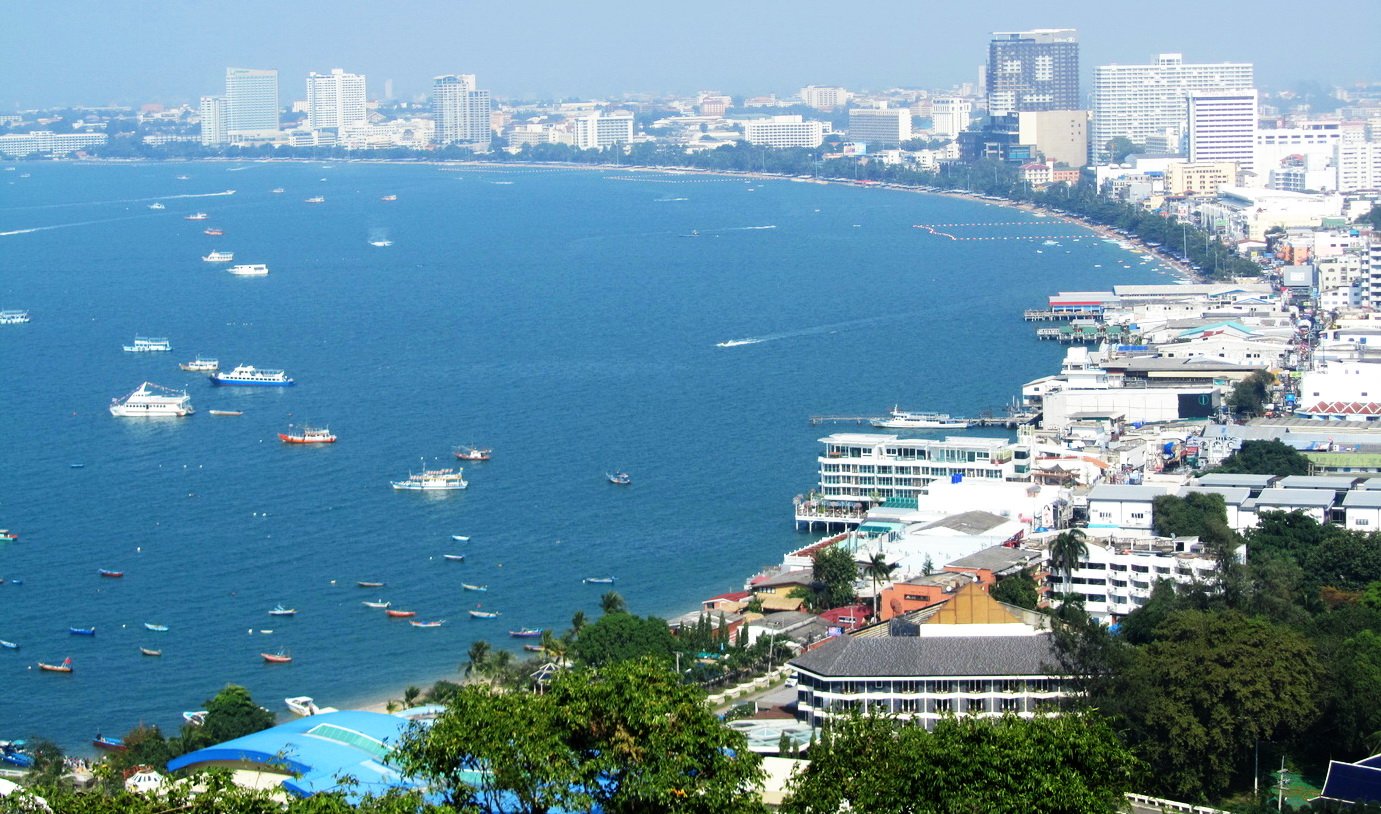 “When one comes to work in Thailand, never mind how long it last, he will see very little or nothing at all of Thailand” these are the first words Giorgio tells me on the phone, straight after I introduced myself saying I have been living there for a while. In his tone there is no haughtiness but the awareness that he knows much but not all about it because there is still much to discover. This is his starting point, his knowledge is not based on the amount of years he spent there, still appreciable considering he lives in Pattaya, Thailand since 2003 (and his first time in the country has been in 1996), but on the fact he passed all these years digging in the mud in the seek for reality.

The reason for this important clarification is soon explained by him: when a farang (so are called the whites western world) goes to work in Thailand, he usually makes an extremely privileged life that means the true reality is hidden to his eyes or, at most, this shows up casually when there is a mendicant in the street he is passing by and soon it is gone.

At a first sight, Thailand looks like a little Eden: it is the country of the smile, with fabulous beaches in marvellous islands, a flourishing nature giving its fruits generously, summer weather all year long, work and a welcoming population especially towards people coming from western world. This anyway, still present and undeniable, is just one side of the coin: one the other one, kept more hidden,  all contradictions emerge. These contrasts make of Thailand an advanced country when compared to other countries in South-East Asia but long way to go when compared to western ones for what concern the prosperity of the population, social inequality and welfare.

If on one hand it is true all positive things said above, on the other hand it is also true we are talking of a country in which there is no true democracy, in which the censorship, a culture in which hierarchy is very important, and a remarkable nationalism, do not help the development of critical thought among citizens and hence make it hard to move towards a full women´s empowerment and social mobility. 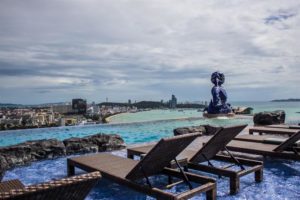 The symbol of these contradictions and incredible inequalities is for sure the city of Pattaya, a true Candy Land for sexual tourism where luxurious skyscrapers with apartments with the view on the sea and swimming pool on the roof, slums, boats to go to the beautiful island of Koh Larn, clubs and an army of 36.000 prostitutes cohabit. Here Giorgio lives and founded Take Care Kids, an association that has the scope of giving a shelter and dignity to kids and women who underwent abuses.

It is with him I had the chance of talking about the association, about Thailand and about Pattaya, discovering things that I, despite having been living there for almost one year 24/7 close with Thai friends and colleagues, did not know.

”Giorgio was a journalist with unbridled passion for travelling. Both travelling for work purposes or for holidays, I was always looking for something more and deeper than just a picture to put on the scrapbook.”

”Unfortunately, you are not the first nor the last asking why did I throw myself in this adventure. The reason is simple to be said: I think that every Human Being (ed. Uppercase initials are his willing) has the duty, moral if not material, to help those who are worse off than himself. Here is why I keep on thinking  I am doing nothing special.

This is how Take Care Kids is born, first in Italy in 2006 and then as Take Care Kids Foundation in 2010, recognized by the Ministry of Social Affairs of the Kingdom of Thailand.”

”In Pattaya there is plenty of slums made of wood and sheet metal, both in and out of the city. They are not so extended like those in India or Africa but they are equal in their desperation. They are divided per ethnicity: there is the Thai one and then the one wher Burmeses, Cambodians and Vietnameses live together. Thai ones are inhabitaed by local poors, people who find a refuge in alcohol and drugs and often live with petty crime. Those where other ethnic groups live hosts foreigner workers, those living there are mainly used for building skyscrapers and other construction businesses.

In this cotext, the greater problem concern kids directly: they have no access to public schools, they often go with the adults in the construction yard and are victims of accidents there that sometimes are mortal. If kids stay in the slum then, they are easily taken by ”child hunters” that know very well the reality they are sorrounded by. In this case kids are used for begging in the street or the older ones (3-4 years old),  for selling candies flowers and other thing among bars of Pattaya’s night life.”

”First of all Take Care Kids is there with its group home giving shelter today to 14 children and a mother with her sick child. Once in the shelter, after a first period of adjustment, the child start going to school and, more important, triest to find again trust towards adults..

Besides this then we cooperate with local hospitals in Pattaya, seeking for alleviating the suffering of children who are between life and death because of abuses and violences. Never mind the status of the kid, although he is condamned we help to die with dignity and love.

Then we give help to single mothers in deep need, we help them sending kids to school: giving to school means not to stay in the street and all its dangers.

Last, we go in the slums with the pretext of taking there clothes and other second-hand material with the scope of keeping a register of kids living there, more than that it is a way to check their state of health.

”For the most part of the cases local Social Services takes the child to us. Otherwise it happens also we find them by ourselves, or that the Women and Child Protection Police department takes them to us.” 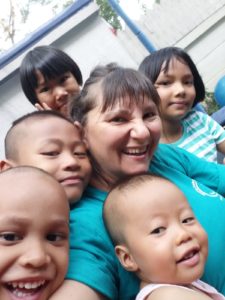 ”Let me first say that for us all donations, of any amount or kind, have the taste and the smell of Life. Both monetary and in nature are for us crucial to go on in what we are doing. We have no important sponsor or big companies behind us or supporting us. We are supported mainly by people who know since many years, that have understood and seen what we do and therefore they trust us and support us. It is thanks to them and to the great job of our volounteers in Pattaya. Thailand and in Italy, the engine that makes it work, if we are able to sustain the organization and its projects and it is thanks to them if we still exist.

Our projects have a yearly cost of 50.000 € including all – really all – what we do and I have explained earlier. Every donation makes for us the difference, even just a chicken to make our children have dinner (click here to read the interview to Laura, a volounteer, and see how little is sufficient to have an impact and make the difference).”

”We try to plan month by month, then of course something happens every time and we have to go back and start over and over again. With me is Maria, an incredible woman, she totally enjoyed our cause many years ago now. With her we faced and overcome many storms and we know others are always soon to come, but we always say that together we can have no defeat. For what concern money I always say it is not important how many they are but how one spend them.

We are very careful when it comes to use them: we have great respect of the money that are given to us because of the purpose of the people that are giving them to us and because they come for the most part from people who wakes up early in the morning and go to work to try to make ends meet at the end of the month.”

+++++++++ If you feel like giving a contribution of any kind to the association, be aware Take Care Kids website (here the link) gives the chance to make donations both via bank transfer (they have an account also in Italy, hence in the SEPA area) or via PayPal.

THE LIFE AT THE GROUP HOME OF TAKE CARE KIDS PATTAYA, THAILAND >>>>>>>> 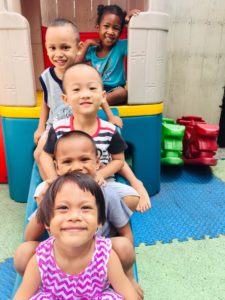 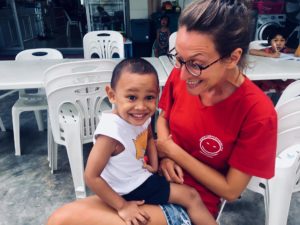 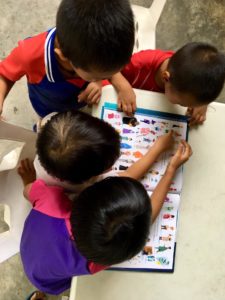 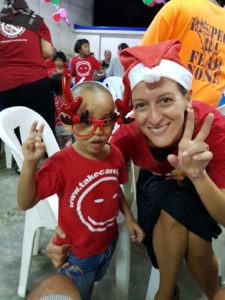 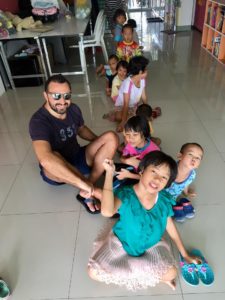 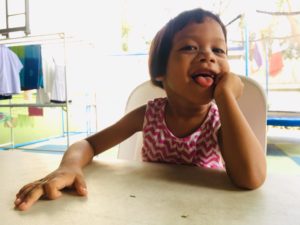 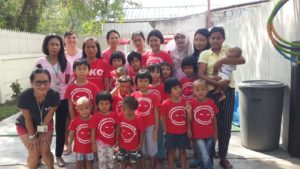 The life at the group home of Take Care Kids Pattaya, Thailand
Volunteers and NGOs: who are they?