The untold price of shaping the immigrant teen 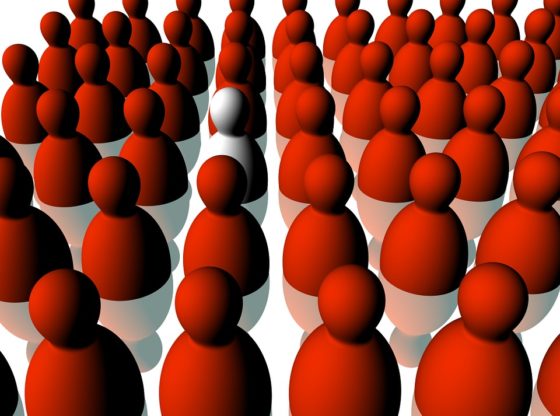 View all posts by Evelina Tancheva

Nowadays, immigration is an issue that has filled many cover pages of countless newspapers
worldwide and it is by no means an easy matter nor it is a matter that should be silenced. Illegal immigrants are the main attention to the media, as it should be, because of the inhuman conditions they are subjected to, the humanitarian crisis in Africa and the wars in the Middle East that follow are close seconds.
However, nobody stopped to look at the immigrants that are not illegal citizens of a country but simply immigrants. The people who made a conscious decision to leave their home, not because of war or because their lives depended on it but simply because they wanted a better life for them and/or their children.

There is a group of immigrants that isn’t even aware of their status as such, for example, the children under ten years old. Moving from one country to another is stressful in any situation but when you are a child, generally under ten years of age, you are not aware of everything that such moving involves, you do not think about the hunt to find a living space in good conditions and on an acceptable price. You are not conscious about the price of groceries or how much a daily shower coasts you, you are not even aware that you have to pay taxes. For such big life changes, the younger – the better in fact.
When you are an adult, or at least above eighteen/nineteen, you undoubtedly have many things to learn still but now you are also aware of the requirements of living. You are aware that having a phone is no longer a luxury but a need you must pay for, you are aware that the food you forget to put in the fridge will spoil and the money you have paid for it will be thrown to the trash. As an adult in a “first” world country, you have been surrounded by many commodities that over the years of growing up you realize never come free of charge, nothing comes free of charge. So, as an adult, you are prepared to expect this turbulence of life.

But what happens when you are in your earliest teens and one of your parents decides to take you on the other side of Europe? I have an excellent mother, who’s worked hard for everything she has in her life and mine but she made a decision for me that at times I still find myself wishing she hadn’t.
When a thirteen-year-old girl moves to a country she doesn’t even speak the language of, she leaves behind all of her friends, all of her family and inevitably all of her dreams. When you move, you change. Suddenly, you see yourself surrounded by people who are looking at you as if you were a bacteria under a microscope glass. You are still young so your responsibility is to go to school and strive for good grades but how can you do that when your classmates don’t even want to sit next to you? The teachers are looking at you with a pitiful smile and if you’re lucky enough, some stay after class every now and then and try to explain where you have to look at the text and what is the homework. For the first couple of months, nobody knows what to expect from you, you don’t even know how to deal with what is happening to and around you.
The life you’ve left behind is just in your memory now, your old friends have moved on, your family is doing their best to call you every week and cheer you up but their voices bring you memories of when you were all together and you end up in tears instead of feeling hopeful because you know that this part of your life is over. No more big family gatherings, no more fussing over the presents for one’s birthdays simply because you cannot fly back for every occasion. No more warm nights sitting at the table under the grapevines laughing together…

On the next day, it’s Monday again and school begins anew. Some of your classmates still don’t like you and don’t care in the least that Christmas is coming and you just want a friend to congratulate you for the holidays.
Children are social creatures, they can’t live in isolation and when they grow in such an environment and become teenagers, they deepen their desire to belong, to be a part of a team or a group project even. When you have been yanked callously from your world and put into another reality, you need something to center you, you need basic human interaction and you need friends. So, you start laughing at their jokes, even if they make your heart hurt, you put a smile on your face every time someone tells you that you won’t make it. You accept that starting anew requires certain sacrifice as well, nothing comes free of charge and you learn to excel in your classes even if that means you only sleep for five hours.

Naturally, when you move to a country on the other side of Europe, it’s not only the language that has changed, the people, the customs and the culture have changed as well. You start adapting, shaping yourself to a mold different than your original but you’re young enough and you have the ability to do that. Day by day you stop speaking your native language and you never do so publicly because then people would know you don’t belong among them and the look in their eyes will tell you as much. Month after month you slowly begin to make your steps a little stronger and hold your head a little higher. By the time you’re sixteen you’re already a whole new person, you behave as if you’ve spent your whole life in this new land with these different people. You’ve molded yourself to be like everyone else on the outside, only the inside of your head knows the truth, that you can spend a lifetime living in this new place but you’ll never belong there as much as your native friends.

At seventeen, you start realizing that changing you just to fit in is making you miserable because you’ve stopped doing most of the things you enjoyed and you’re behaving like the same people you so desperately wanted to avoid. And that is when you start thinking and wondering, perhaps being a little different is not all that bad? Perhaps you were not entirely right in your decisions to shape yourself in a mold fit for everyone around you, simply because in your essence you’ve been coded differently (spoiler alert, everyone is, but you won’t realize that until much later in life).
Most teenagers are not nice, not when the adults aren’t looking at least, not when it matters the most. The teen years are when you shape yourself and the mold doesn’t fit us all. It is not meant to fit us all without making us let go of some things, whether these things are important to you or not…well, that’s a choice only you can make, that’s the unspoken price that only you can decide whether to pay or not.

You have lived initially in one culture with one system of values when you were little and eventually came into another, baffled and perplex at the new surroundings you start learning new customs and even end up adopting new beliefs. You grow up and you leave your teen years behind you, you are now an adult according to the world, your choices have to be responsible and respectful (never mind the opposite example that the politics and the world of entertainment are showing). You are an adult now but do you even know who you are anymore? You’ve changed once, twice… ten times over the years and you only know where you come from and where you are at the moment. You only know that each change comes at a price, a price that is not always spoken aloud, nothing is free of charge.

You go on with your life, you always go on, get a job and become a teacher, one day you get to class and see all the young humans in there. You are one of the lucky ones, there were other immigrant teenagers that you met through the years but most of them fell through the cracks of life, some getting married and not finishing their education, others ending up in prison… You are one of the lucky ones and every morning you drink your tea on the tiny balcony of your apartment, you look at the clear blue sky and you take a breath, a deep breath. Not sending prayers to an unknown divinity, but just breathing, thanking silently your lucky stars. You get moving and push all thoughts aside, concentrating on taking step after step until you find yourself entering your classroom and see your students speaking animatedly with one another and giggle among them, until ten minutes into the first lesson, when the classroom door opens and another student enters.

A student with different clothes, different face features, a name tag with a strange name on it and… and a look in their eyes, a look you’d recognize everywhere… a look you yourself once had, anxious and agitated, and probably wishing for an earthquake to swallow them at that very moment. The look of an immigrant teen whose journey is just beginning…

THE UNCANNY AND HUMORISTIC JOKER’S LAUGH
Spain 2019: the apex of the politics of fear