What is the meaning of negative oil prices? 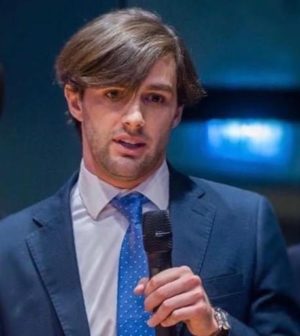 Investors should get used to distortions in the market every time we face a crisis. Going back in time, until the financial crisis in 2008, we learnt that interest rates could not be negative. Why should I lend money if in the future I will receive a smaller amount? The tremendous crisis suffered during that time has altered one of the fundamental laws of economics and, from then on, investors accustomed to the idea of interest rate below zero. The oil crisis has changed another cardinal concept of economics: price must be positive. Who is willing to sell a product paying customers? On the 20th of April, we observed another historical change: the WTI (West Texas Intermediate) futures price[1] of contracts expiring in May turn negative in the evening, touching the level of $-40.32 per barrel of oil. However, the problem principally stemmed from a very technical issue concerning the dynamics of the derivative contracts[2] (we will explain it later). Before going into technicalities, it is necessary to briefly outline the oil price context and pinpoint the macroeconomic background.

Until the outbreak of the coronavirus, in 2019 the daily production of barrels of oil amounted at around 80.6 mln bbl/day (read barrels per day). The United States was the top producer with around 15 mln bbl/day, followed by Saudi Arabia and Russia[3].

With the OPEC+ agreement, extended to other countries, it was decided to cut the oil production of 9.7 mln bbl/day. Still, it was probably not enough to handle the global shock in the demand deriving from flights drop of around 90%, reduction of car traffic, slower production of chemicals products and so on. Indeed, the most essential commodity has been rapidly losing value since the persistent oversupply overcomes the world’s crude tanks, pipelines, and supertankers. The consequence was that the US oil price crashed and for the first time we saw a price below zero. For producer it is more convenient to pay someone to get rid of the barrels of oil rather than either shutting down the production or finding a location where to temporarily store the excessive supply. Most of them are concerned about closing down wells because the inactivity can create some damages, making the business unprofitable for the future. Another crucial detail is that oil is traded with futures contracts with physical delivery[4]. The buyer must take the delivery of the underlying asset in a specific location at expiration (for example, for the WTI, the location is Cushing, Oklahoma). However, in the futures market, there are traders who buy contracts just to speculate on price swings, but they have absolutely no willingness to take physical delivery. In extreme cases of a deep reduction of price, they may decide to look for a place where to store the barrels.

The problem was that the pandemic has created an excessive oversupply which made storage capacity very limited and expensive. Thus, most traders decided to sell at a loss. This is basically the reason why for the first time we saw a negative price on the financial market. It must be pointed out that it was related to the futures contracts expiring in May and that the ones expiring in June did not have the same behavior. We do not have to be very surprised if in the upcoming future we will encounter again in a similar situation. Despite that, the behavior has impacted also June contracts, which lost part of their value, and other types of oils such as Brent. However, being the Brent a seaborne crude, traders were able to ship it around the world in areas with higher demand. In the worst case, companies rent some tankers and fill them waiting for positive periods. Vice versa, for the WTI this solution is more expensive since it is not extracted next to the sea.

We mentioned the two widely used benchmarks in the oil prices, namely Brent and WTI. The main difference between these two types of crude concern composition. Both are classified as sweet light crudes, a term linked to crude oil containing less than 1% sulfur and that are less dense than other crude oils. WTI has a sulfur content of 0.24% while Brent of 0.37%[5]. Moreover, respectively, they count 39,6 and 38 of API gravity[6]. Clearly, another difference regards the extraction location. WTI is extracted from oil fields in the United States, in Texas, Louisiana, and North Dakota and is then transported via pipeline to Cushing, Oklahoma for delivery. Brent crude is extracted from oil fields in the North Sea.

The different properties and geographies explain the price differential between Brent and WTI, technically defined as quality spread. Despite that, as we can see from the chart, prices are perfectly correlated[7], and the lack of demand influences all types of oil. The consequences may impact the surrounding multi-billion market.

Oil producers are suffering large losses (the last to report was Eni, with a €2.9 bln loss[8]) putting a strain on liquidity and solvency risk. The plunge in price exposes the weaknesses of the most indebted companies in the US and a potential spillover effect on other sectors must not be excluded. Currently, a large part of high yield bonds is under the distressed area[9] in the Oil&Gas industry. Companies are trying to reduce cash out, cutting for example dividends and new investments, but, if the crises will protract for a longer period, some oil companies will struggle to survive, especially in a deeply oversupplied market. Rating agencies may start the ripple effect by downgrading these companies. In the future, if many firms will be rated in the non-investment grade area, the new debt issuance might be costly and complicated in a period of credit restrictions.

Unfortunately, the first way to remain competitive on a market with compressed demand is to lay off workers, radically the fastest way to reduce costs and survive in a very turbulent market. Oil price is also the main towing to maintain inflation in a positive area. With a so cheap price, we may expect a possible deflation or very low inflation. The Wall Street Journal has analyzed the possible spillover effects of the oil crisis highlighting that the Real Estate sector is already suffering in Houston due to the oil crisis. Furthermore, some banks, mainly the ones close to the extraction area, lent an important portion of their capital to Oil&Gas companies which now are very close to default (there are more than one thousand producers and most of them are relatively small). Credit Default Swaps[10], a sort of insurance that investors try to obtain against the failure of a company, on oil firms have exponentially widened their spread providing a very negative signal about financial stability. Likewise, bid-ask spread on corporate bonds, an indicator of market liquidity, has widened. Trading has become more difficult since liquid instruments have transformed into illiquid instruments.

The plight to have a domino effect is real, people do not have to underestimate the financial crisis that the oil price might trigger. The failure of some companies in this industry might generate some troubles for other sectors. The default risk is imminent, and oil producers, together with government, must take unidirectional action to support prices because, at the current state, it is risky for the entire economy. Possible effects? credit contraction, unemployment, defaults, deflation, and finally recession.

[4] It differs from the cash settlement where it is only transferred the net cash position. https://www.wallstreetmojo.com/cash-settlement-vs-physical-settlement/

[6] The gravity of the oils is rated on a scale from 10 to 70, where the higher the number the less dense the oil.

[9] Financial distress is a situation in which a firm is not able to meet its financial obligations, it might unable to payback its debt or just a portion of it

Chiara Ferragni is one of the most influential women in the world of fashion and beyond. But why is it so? What makes her so cool? END_OF_DOCUMENT_TOKEN_TO_BE_REPLACED

Female and Woman terms do not correspond as terms. This is what emerge from Alice Cerasa’s literature. In her books, a revolutionary view END_OF_DOCUMENT_TOKEN_TO_BE_REPLACED